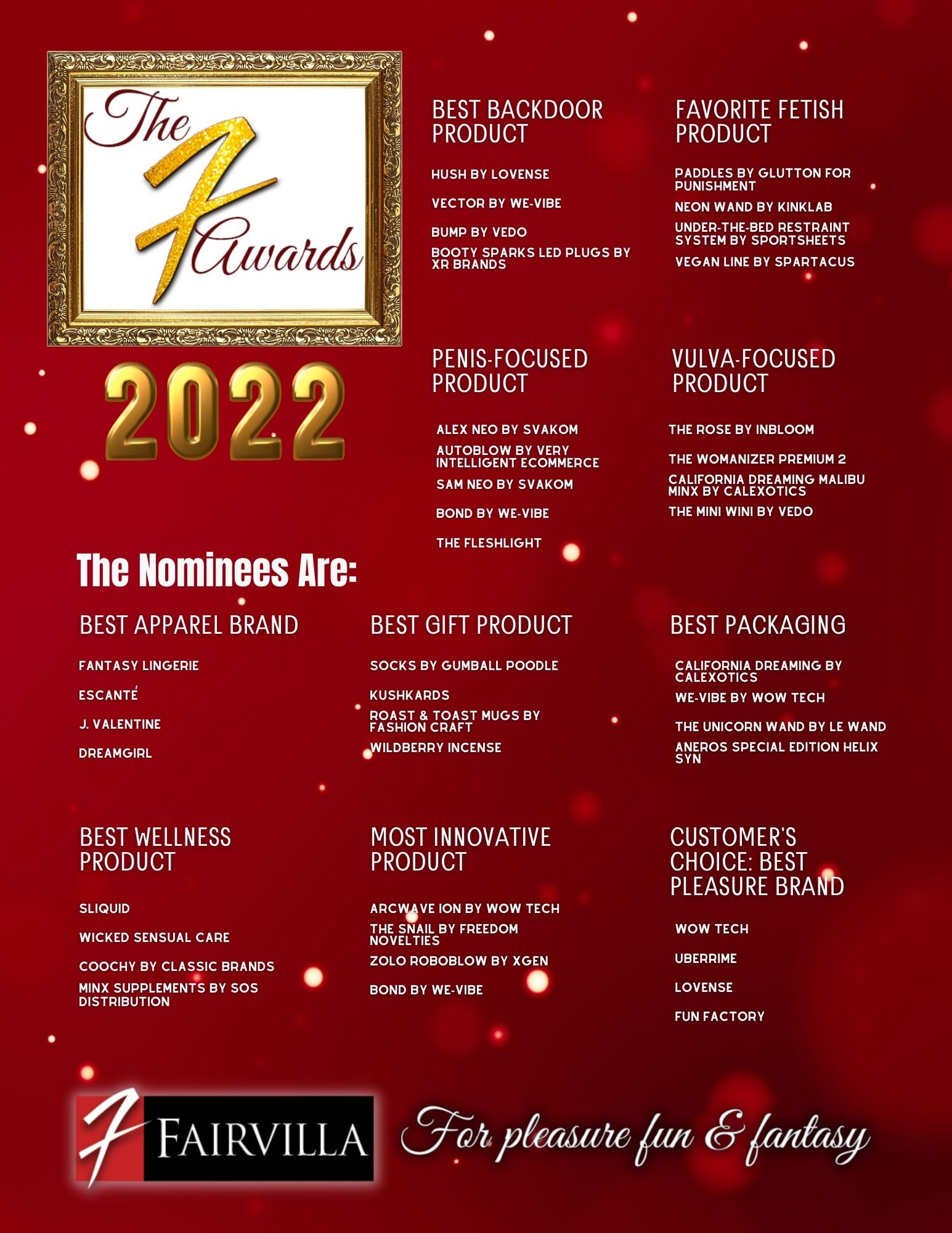 Orlando, FL (February 28, 2022) – Today, Fairvilla Stores revealed the nominations for their Third Annual “F Awards.” These nominations represent the products that their customers and employees love the most, as reflected through the Fairvilla shopping experience. We-Vibe received the most nominations this year, with four in total. Some new-comers to the Awards that have received nominations include Minx supplements, KushKards and Zolo Roboblow by XGEN.

Fairvilla employees vote on the winners through early March. They will then be crowned online via Fairvilla’s social media channels beginning March 22nd through the 31st. Each winner will be awarded a trophy, framed photo with the announcement of their accomplishment on the famous Fairvilla Megastore marquee and a signature Fairvilla “swag bag” filled with fun items that represent the uniqueness of each Fairvilla location.

“While this year will continue to be a virtual event, we’re hopeful that in 2023 we can be back to an in-person celebration,” says Debra Peterson, Fairvilla’s Director of Procurement and Marketing. “We will continue to show the highest level of enthusiasm and promotion of the nominees and winners, both in-store and on our social platforms.”