Fairvilla Megastore didn’t begin as a retail store, but rather a twin cinema.  That was 1971 and long before DVD’s had hit the scene.  In fact, feature-length movies, like Deep Throat and Behind the Green Door, ushered in what is now known as the Golden Age of Adult Film, and Fairvilla was one of the few places where they could be 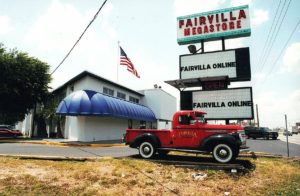 Once VCRs arrived in the consumer market, it was obvious to Fairvilla’s owners, Bill and Shari Murphy, that it was time to switch gears and in 1991, Fairvilla Adult Video was born.  More than just a retail store, it became a two-story Orlando icon, encompassing thousands of videos, magazines, adult novelties and gifts.  As the store’s success grew, Bill and Shari nurtured a vision to create more stores that welcomed everyone, no matter their gender, race, sexual orientation or identity.

Eventually, Fairvilla Adult Video became Fairvilla Megastore, a more accurate title for a progressive retailer that slowly moved away from video to focus on the changing market. The staff expanded and before long, they created a small chain of stores 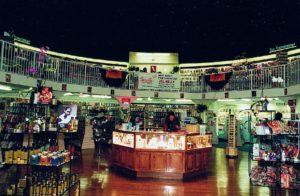 that are known world-wide for their passion and creativity, even winning awards of excellence from industry groups and publications such as AVN and Storerotica.  Fairvilla has also worked within its communities, participating in, and also organizing, fund raisers and awareness campaigns.  From Pug Rescue, The Brevard Humane Society (yes, Fairvilla loves its furry friends!), to food pantries and Pride events, Fairvilla has been involved with a variety of organizations and activities and follows the belief that being accepted comes with being active.

Currently there are five locations and three brands under the Fairvilla umbrella:

Fairvilla operates from a position of education and information. Fairvilla has developed its own training division 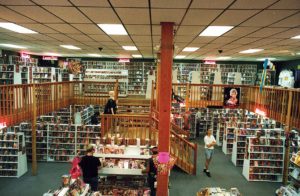 called Fairvilla University that provides in-person and online “edutainment” courses to the public and ongoing training for its staff.  What makes the Fairvilla shopping experience so special is due in large part to the dedicated and highly trained staff.  They are the key to a successful operation and a quality customer experience.  After all, Fairvilla wants everyone who shops in their stores to “Feel Good, About Feeling Good.”

A few of Fairvilla’s awards include:

Small Business of the Year – Cocoa Beach Chamber of Commerce 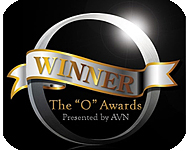 Storerotica – Independent Retailer of the Year

Also, Fairvilla has been recognized as a Certified Sexual Health Resource by Elevate U and the Center of Sexual Pleasure and Health.